In 1986, the Palm Springs Pride celebration began as a simple dinner and variety show showcasing the talents of local entertainers at the Riviera Resort grand ballroom. The first Pride Parade named the Desert Gay and Lesbian Pride Parade took to the streets of Palm Springs with 35 units and was greeted by hundreds of men and women. The parade made its way down Williams Road to Mesquite and into Demuth Park where the festival was held. Since then, Greater Palm Springs Pride has flourished and grown. From those humble beginnings has emerged a celebration that attracts over 125,000 people from Southern California, across the nation, and around the world. 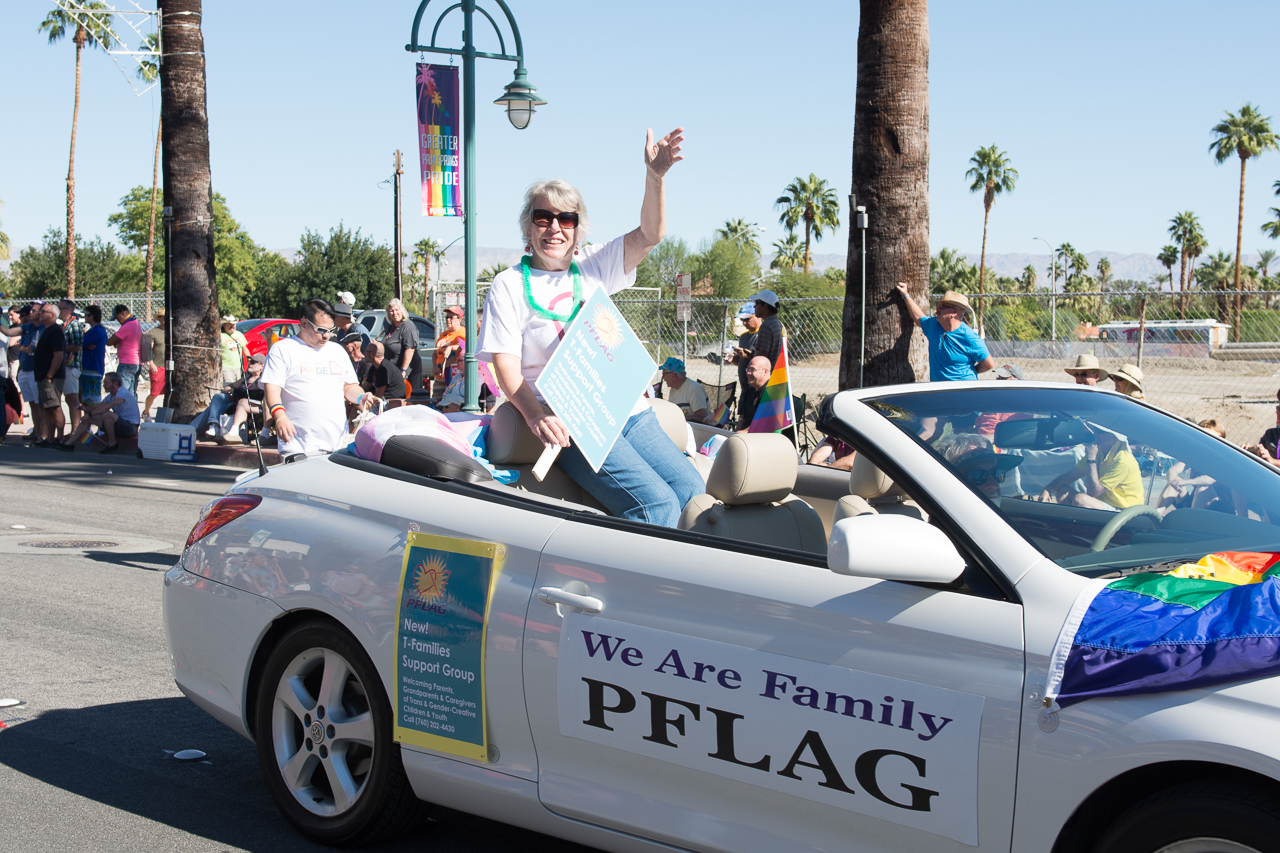